A monk set off on a long pilgrimage to find the Buddha. He devoted many years to his search until he finally reached the land where the Buddha was said to live. While crossing the river to this country, the monk looked around as the boatman rowed. He noticed something floating towards them. As it got closer, he realized that it was the corpse of a person. When it drifted so close that he could almost touch it, he suddenly recognized the dead body - it was his own! He lost all control and wailed at the sight of himself, still and lifeless, drifting along the river's currents. That moment was the beginning of his liberation. 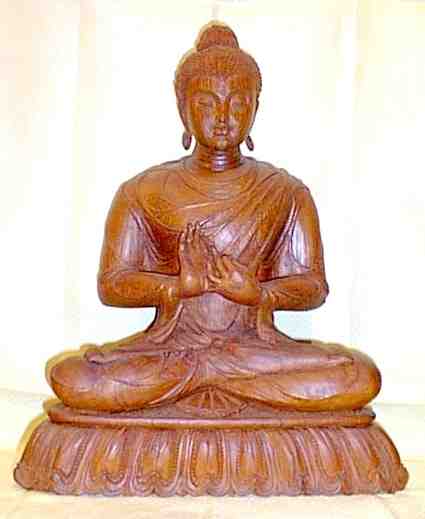