Reincarnation is Now a Scientifically Acceptable Phenomenon
by Dr. Granville Dharmawardena, University of Colombo
(Based on a Scientific paper presented at the 52nd Annual Sessions of the Sri Lanka Association for the Advancement of Science, November 1996)

In the No-Reincarnation scenario death is something like the Event Horizon of a black hole. Crossing the event horizon is a one way journey and after crossing it nothing can come back, not even light. Here the body disintegrates after death and the immaterial part either annihilates or gets into a scientifically unknown state and remains there for ever, ie. each individual is borne, lives one life time and at the end of it passes the event horizon of death to a state of no return.

In the Reincarnation scenario death is not an event horizon because only the body, the material part, disintegrates and goes into a state of no return. The immaterial part enters into a scientifically unknown state and reappears, after a period.
The above description of the phenomenon of reincarnation constitute steps "a" and "b" of the scientific process. The next step of the scientific process is looking for observations that can be predicted assuming the existence of this phenomenon, observations that have a reasonable chance of being practically examined.
Abilities of individuals to carry memories of past events differ widely from individual to individual. Some people can remember events and experiences of long past whereas some easily forget things within a few years. Most people vividly remember special events such as tragic happenings for a very long time, even up to death. Under hypnosis people recollect events which they had completely forgotten. Some people have the exceptional ability to recall knowledge and experiences gathered long ago and use them when necessary. For example a friend of mine who had been discussing Advanced Level Physics with me when he was studying for the GCE AL exam long time ago, but never did any science there after escaped injury in the Central bank bomb blast by instantaneously recalling his memories discussing AL Physics. But others who had studied Physics more recently lost their eyes because that memory didn't flash back to their rescue at the time of impending disaster. As soon as my friend saw the flash of the bomb blast from his window , AL Physics flashed back to his mind and prompted to him that the shock wave comes a little while after the flash. Instantaneously he threw himself back flat on the floor before the shock wave blasted the window glasses.
If reincarnation as defined earlier is true it should be possible to extend some of the above human capabilities, which result from immaterial aspects of the human being, beyond birth to the previous life and even beyond to earlier lives. Some people should be able to remember events in their past lives. Hypnosis must enhance this ability. Some must be able to make use of knowledge and experiences of past lives.
With these predictions we can move on to the last stage of the scientific process, to look for these predicted observations.
A large amount of data has been accumulated by research workers around the world on matters relating to reincarnation.
" spontaneous recall of past lives,
" past life therapy,
" child prodigies and others who can make use of knowledge and experience
gathered in their past lives are some of the aspects that have been subjected to much research and investigation.
The observations made on the above areas agree with the predictions made in the third stage of the scientific process thereby successfully completing the four step test for scientific acceptability. No scientifically acceptable data that can go to prove the scientific unacceptability of reincarnation have appeared in scientific literature so far.
On the basis of these tests it is concluded that the scientific acceptability of the phenomenon of reincarnation is proven at least on three counts in terms of the accepted principles of modern science.
A science minded person often finds it difficult to accept reincarnation because he/she had failed to perceive a reincarnation mechanism that is intelligible within the outdated Decartes' classical science frame work. But Modern Science, specifically Quantum Mechanics, has compelled us to accept unintelligible mechanisms of natural phenomena like the behaviour of electrons and we do not hesitate to accept them. Likewise with the data available we are compelled to accept reincarnation as a reality.
Austrian Scientist Rudolf Steiner says,
"Just as an age was once ready to receive the Copernican theory of the universe, so is our age ready for the idea of reincarnation to be brought into the general consciousness of humanity". 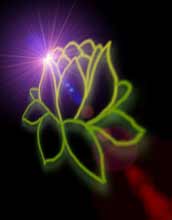