The Paramita of Prajna
By Khentin Tai Situ Rinpoche

Poetry means the expression of things in a pleasant way and in a way that enables others to feel as we do, even if they are not in that particular situation themselves.

Astrology is the study of the inter-relationship of the various bodies of the universe. The way that we exist internally is a total true reflection of the way that outer things exist. This is why a charting based upon a
correlation of the outer elements at our birth can show exactly and undeniably the sort of mother and father we have and so forth. The outeruniverse is the outer body and our earth its inner body. This human body is an outer body and within it are the subtle bodies and then all the aspects of mind. There are many bodies and they all have connections with one another. The study of these connections is astrology. An example of this is our calendar. Sometimes there are thirteen months in the year, sometimes only eleven. Sometimes there are twenty-eight days in the month and sometimes there are thirty. Why? because we regulate our calendar according to the cycles of the moon in a way which allows no mistake for the seasons. Our summer months are always summer months and the winter months always winter months. Eclipses of the sun and moon, everything, is clearly described by astrology and can be charted in the calendar. There are several systems of astrology. There is 'white' astrology and 'black' astrology; nothing to do with white magic and black magic or good and bad. The black astrology is more complicated and mathematical, involving angular calculations and so forth, while the white astrology is a simpler form.

Terminology and grammar deals with the use of terms in order to express ideas. For Tibetan language there were originally seven master treatises giving the rules for language but unfortunately five were lost. However, these two contained all the information of the other five and so Tibetan grammar is complete.

Dramatic art incorporates many things and covers many topics. It can be used to portray history or as a means of expression and it involves pretending; pretending whatever it is that we wish to portray. If it is an
historical drama then we reproduce as faithfully as possible the historical event - the personalities of the people involved, their background and the historical facts. Theatre is like poetry since the people watching it are transported to that condition, that realm, that situation by the motion and imagery of the players. It utilizes movement, music, singing, - many things.

Etymology is a loose name for the fifth of the lower studies. It deals with names. Names are used for everything; some of them are meaningful and exist through reason while others are meaningless. When, for instance, we say sang-jay in Tibetan, our word for Buddha, it implies 'sang' - 'awakened' from the sleep of ignorance, and 'jay' - 'full blossoming' of all the qualities and knowledge. There is another sort of name which has no meaning: house, for example. A house is just called a house -a sound grew up in association with that object. There is a whole text which contains hundreds of names, many for each thing, showing how a flower can be called 'that which drinks through its feet' or 'that which has fine petals' and so on.

The above five topics are known as the five lesser disciplines and they deal with less important topics. The five greater disciplines are: crafts, medicine, communication, truth and dialectics.

The first of these is the study of how to create and how everything was created. The whole universe is made of five component elements, five qualities of nature which support one another thereby enabling the universe to exist as it is. Even when we make a pot, it is possible without a teacher to learn how everything is composed. We need clay (solidity), water to make it wet (humidity), air to propel it, space in which it moves and heat to make it usable. We have gained insight into the five elements by simply making a pot. This branch of the greater disciplines or sciences covers metalwork, woodwork, weaving, pottery and a host of other creative activities.

Second is medicine. In craft we learn how everything is created. In medicine we study how it functions. When the functioning goes wrong, we apply the correct treatment and it works again. There are many ways of diagnosing the problem when the human body goes wrong. In Tibet, if a good doctor was unable to diagnose the problem immediately then, if there were ten possible sicknesses with ten potential cures, he would take ten small pots and place a sample of the patient's urine in each. To each was added one of the ten medications and by skilful observation of what happened the doctor could tell which remedy to apply. The medications are chemical; chemical in the broadest sense of the term, that is, a composition of naturally occurring things. Tibetan medicines were closer to nature than Western ones. The organs of the human body have specific qualities and attributes which correspond to similar qualities in herbs in the outer world and those herbs can be picked and applied carefully to cure the organs of beings. That is basically how Tibetan medicine works.

The study of communication covers many things. It is often considered to be just the study of the Sanskrit alphabet but it is much more than that. It requires a study of all the elements, movement, feelings, the
environment, the atmosphere and so on. Someone who develops this understanding of communication or sound can hear and comprehend the language of animals, who may not have language in the same sense
that we do but who do make sounds to express certain things. In a similar way, we can understand the language of the wind or of fire burning, water running and so forth.

Movements make sound. One part of this knowledge is being presently developed in the form of an understanding of the theories which have given rise to television, radio and the telephone, enabling us
to talk to someone on the other side of the planet just as though that person were in the same room as ourselves. It is the use of movement, the environment and sound.

Truth means the study of what is validly perceived and what is not. It is often translated as logic. Logic is one way of determining the truth. Buddhist philosophical logic is very complicated and the specialized section of dialectics is hard to master. One needs ten or fifteen years of determined practice to be able to do it properly.

Thus first we learn how everything is made, then how it functions, then the inter-relationship of everything and finally the truth about that. These five lesser and five greater sciences comprise worldly wisdom.

Lower transcendent wisdom covers both the relative and absolute levels of truth but from a one-sided approach, wherein killing and the other non-virtues are bad and suffering is very bad. To do the positive things is good and happiness and altruism are very good. All takes place within the realm of duality. Even the ultimate is the opposite of the relative. It transcends samsara but is the lower aspect of the wisdom that transcends samsara.

The highest non-samsaric wisdom is the wisdom of non-duality. This is the pure essence of Madhyamaka, beyond words, imagination or explanation. To know the way things work is thus the first stage (samsaric
wisdom). To know the way they really are is the second stage and to know that w*hich is truly the essence of everything is the third stage. This third stage can only be described very roughly and unclearly - it needs to be tasted. We have to taste it.

When we practice the path of the Bodhisattva, we practice according to the six paramitas. Having three aspects each, there are thus eighteen aspects of practice to accomplish and we develop them from their
beginnings until they truly become paramitas or perfections. In doing this we traverse the five paths of the Bodhisattva - the paths of accumulation, preparation, insight, familiarization and fulfilment. As we make this journey, the ultimate of the first path becomes the relative of the second path, and the ultimate of the second path becomes the relative of the third path and so on until the fifth path.

The first stage of profound Bodhisattva realization is achieved with the third path and this grows profoundly through ten stages. Until the tenth stage, although there will be a growth in actual realization and understanding, there is still the obstacle of subject and object. There is not full Buddhahood. At the last level of the tenth stage there is full realization of the transcendent ultimate truth itself, by itself, just as it is. That is the non-dual wisdom which we call the Buddha. That wisdom from the end of the tenth stage to Buddhahood is called the Vajra-like wisdom - indestructible, unobscurable wisdom. 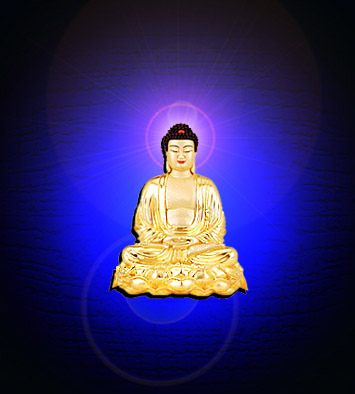