Meditate on This: Buddhist Tradition Thickens Parts of the Brain
By LiveScience Staff

Meditation alters brain patterns in ways that are
likely permanent, scientists have known. But a new
study shows key parts of the brain actually get
thicker through the practice.

The study also indicates that regular meditation may
slow age-related thinning of the frontal cortex.

"What is most fascinating to me is the suggestion that
meditation practice can change anyone's gray matter,"
said study team member Jeremy Gray, an assistant
professor of psychology at Yale. "The study
participants were people with jobs and families. They
just meditated on average 40 minutes each day, you
don't have to be a monk."

The research was led by Sara Lazar, assistant in
psychology at Massachusetts General Hospital. It is
detailed in the November issue of the journal
NeuroReport.

The study involved a small number of people, just 20.
All had extensive training in Buddhist Insight
meditation. But the researchers say the results are
significant.

Most of the brain regions identified to be changed
through meditation were found in the right hemisphere,
which is essential for sustaining attention. And
attention is the focus of the meditation.

Other forms of yoga and meditation likely have a
similar impact on brain structure, the researchers
speculate, but each tradition probably has a slightly
different pattern of cortical thickening based on the
specific mental exercises involved. 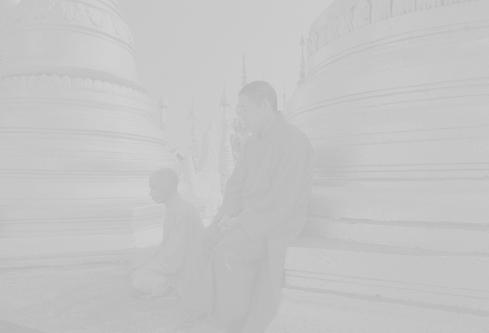