The article is written for our children, future generation and for those who are interested in Buddhism. Our children are growing up without clear and proper understanding of what Buddhism is all about. For readers who are interested in Buddhism, I hope the article provides insight and meaningful understanding.
It is regrettable that the only Burmese Buddhist Association of Ontario does not teach, conduct discussions or provide hands-on Vipassana meditation in English.
It is hoped that this article will provide an impetus and encourage the younger generation to understand and practice Buddha's teaching. As unlike other religions, Buddhists do not compel or convert others to follow their faith, and therefore it is hoped that the democratic process will instill readers with clear and comprehensive understanding of the 'philosophy', whereby they will find for themselves the value to practice the Dhamma of their own free-will.
As the Buddha said, he can only show the 'Path'. It is up to the individual (including all of us) to follow and practice the Dhamma.
I would like to take the opportunity to suggest the formation of an informal Dhamma and Vipassana meditation group in English. I would be pleased to hear from readers.
I can be reached at telephone 905 276 7770.
EMail : Harry.Htut@royalbank.com 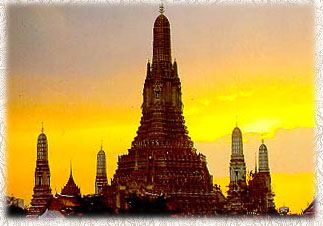