Judaism and Vegetarianism
by Ted Altar

It is interesting to note that legislation was once introduced by Mordecai Ben Porat in the Israeli Knesset (Parliament) proposing to outlaw meat-eating! Can you imagine any other country that had enough political support to venture such a bold proposal? Unfortunately, the legislation did not pass; unfortunate because this would indeed have been an interesting social experiment and Israel could indeed stand head and shoulders above all nations in its respect towards animals.
The recent chief rabbi of Israel, Scholomo Goren, is a strict vegetarian and so was the first chief rabbi of the modern state of Israel, Abraham Isaac Kook. Kook's successor, the late Isaac ha-Levi Herzog, wrote:
Jews will move increasingly to vegetarianism out of their own deepening knowledge of what their tradition commands...Man's carnivorous nature is not taken for granted or praised in the fundamental teachings of Judaism...A whole galaxy of central rabbinic and spiritual leaders...has been affirming vegetarianism as the ultimate meaning of Jewish moral teaching.
There are several Jewish organizations currently working to promote vegetarianism. "The International Jewish Vegetarian Society" publishes a five page quarterly called the JEWISH VEGETARIAN, and has offices or chapters worldwide included the U.S. Canada, Australia, Britain, Israel, etc. There is also the "Jewish Vegetarians" in Baltimore who say:
We feel ourselves to be part of an ancient people and a living tradition -- one whose ethical principles, we believe, point towards vegetarianism.
Roberta Kalechofsky, head of Micah Publications and Jews for Animal Rights, in Marblehead, Massachusetts, publishes various works on Judaism and animal welfare. Among these is her HAGGADAH FOR THE LIBERATED LAMB, which serves as a guide for "a vegetarian (Passover) Seder that celebrates compassion for all creatures".
Here are just a few more interesting statements and quotes from the Jewish tradition that are of relevance here.
According to Rabbi Sidney Jacobs, author of the THE JEWISH WORD BOOK:
The bottom line is that there can be no "humane" procedure when slaughter is involved, nor can factory farming ever be made merciful. Ironically, the dilemma of Jewish ritual slaughter could be resolved by switching to a vegan diet, the grain-based diet set forth in Genesis.
[from "A Jewish voice for Animals" published in THE ANIMALS' VOICE, 1989 (Aug): 48-9]
From THE NINE QUESTIONS PEOPLE ASK ABOUT JUDAISM by Dennis Prager and Rabbi Telushkin:
Keeping kosher is Judaism's compromise with its ideal vegetarianism. Ideally, according to Judaism, man would confine his eating to fruits and vegetables and not kill animals for food.
According to Rabbi Simon Glazer's GUIDE TO JUDAISM:
It appears that the first intention of the Maker was to have men live on a strictly vegetarian diet. The very earliest periods of Jewish history are marked with humanitarian conduct towards the lower animal kingdom...It is clearly established that the ancient Hebrews knew, and perhaps were the first among men to know, that animals feel and suffer pain.
From the ENCYCLOPAEDIA JUDAICA:
According to rabbinic tradition, interpreting the Biblical record, mankind was not allowed to eat meat until after the Flood...Once permitted, the consumption of meat remained surrounded with many restrictions. According to the rabbis, the Hebrew word for "desireth" in the verse, "when the Lord thy God shall enlarge thy border and thou shall say: `I will eat flesh,' because thy soul desireth to eat flesh" (Deut. 12:20), has a negative connotation; hence, although it is permitted to slaughter animals for food, this should be done in moderation.
According the ENCYCLOPAEDIA JUDAICA, 1974:
Moral and legal rules condemning the treatment of animals are based on the principle that animals are part of God's creation towards which man bears responsibility. Laws...make it clear not only that cruelty to animals is forbidden but also that compassion and mercy to them are demanded of may by God...In later rabbinic literature,...great prominence is also given to demonstrating God's mercy to animals, and to the importance of not causing them pain. ...The principle of kindness to animals...is as though God's treatment of man will be according to [people's] treatment of animals".
According to the UNIVERSAL JEWISH ENCYCLOPEDIA, 1939.
The Jewish attitude toward animals has always been governed by the consideration that they, too, are God's creatures...[and] the obligation to respect and consider the feelings and needs of these lower creatures...The non-canonical...writings strongly urge kindness toward animals, declaring that one who harms an animal harms his own soul". [1:330]
According to Professor Richard Schwartz (author of JUDAISM and VEGETARIANISM):
In Judaism, one who does not treat animals with compassion cannot be regarded as a righteous individual.
[from JUDAISM & ANIMAL RIGHTS]
According to the CODE OF JEWISH LAW:
...it is forbidden, according to the law of the Torah, to inflict pain upon any living creature. On the contrary, it is our duty to relieve the pain of any creature, even if it is ownerless or belongs to a non-Jew.
According to the medieval Hebrew work SEFER CHASIDIM:
Be kind and compassionate to all creatures that the Holy One, blessed be He, created in this world. Never beat nor inflict pain on any animal, beast, bird, or insect. Do not throw stones at a dog or a cat, nor kill flies or wasps. 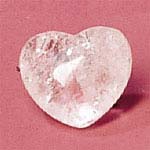