Most monks and cultivators tend to be like this. However they've thought in the past they continue to think. They refuse to change, they don't reflect. They think they are right so they can't be wrong, but actually "wrongness" is buried within "rightness," even though most people don't know that. How is it so? "This is right' . . . but if someone else says it's not right you won't give in, you've got to argue. What is this? Ditthi mana . . . Ditthi means views, mana is the attachment to those views. If we attach even to what is right, refusing to concede to anybody, then it becomes wrong. To cling fast to rightness is simply the arising of self, there is no letting go.

This is a point which gives people a lot of trouble, except for those Dhamma practicers who know that this matter, this point, is a very important one. they will take not of it. If it arises while they're speaking, clinging comes racing on to the scene. Maybe it will linger for some time, perhaps one or two days, three or four months, a year or two. This is for the slow ones, that is. For the quick response is instant . . . they just let go. Clinging arises and immediately there is letting go, they force the mind to let go right then and there.

Reflecting and constantly practicing like this, clinging gets lighter, becomes less and less. Right view increases as wrong view gradually wanes. Clinging decreases, non-clinging arises. This is the way it is for everybody. That's why I say to consider this point. Learn to solve problems in the present moment. 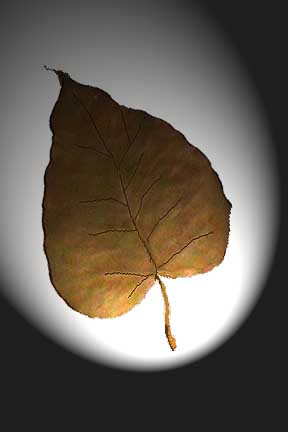