"Master Han-shan's Marvelous Elixir for the Weary Bodhisattva"
(Title in jest by translator.)
From The Diamond Sutra: The Resolution of Doubts (Jin-gang Jing Jywe-yi)
By the Ming Dynasty Shramana Han-shan De-ching
Translation by Bhikshu Dharmamitra

Translator's note:
" Pathological indications: A deep heartfelt weariness at the thought of at least three great aeons on the bodhisattva path and, beyond that, the endless number of beings whom you have pledged to ferry across to nirvana before being able to indulge in such a luxury yourself.
" Etiology: Delusion
" Dosage & Directions for Use: Immediately pull out these two pages of text with commentary and sip them slowly, one sentence at a time, until finished. You should feel better in less than three minutes. Guaranteed to at least temporarily palliate delusion-based symptoms when taken as directed. In the event of complications, consult the following meditation topic: "Who is making things so complicated?"

The Section of Sutra Text:
All types of beings, whether egg-born, womb-born, moisture-born, or transformationally-born, whether possessed of form or formless, whether possessed of thought or free of thought, whether neither possessed of thought nor free of thought,-- I cause them all to enter the nirvana without residue and thus cross them over to extinction. As I cross over to extinction in this manner an incalculable, innumerable and unbounded number of beings, in truth there are no beings whatsoever who succeed in being crossed over into extinction. Why is this so? Subhuti, If a bodhisattva retains the mark of a self, the mark of a person, the mark of a being or the mark of one with a life span, he is just a non-bodhisattva.
Master Han-shan's comments on the above:
In this section, the World Honored one provides straightforward instruction in a contemplation for pacifying the mind. As for the bodhisattva's bringing forth of the thought [to attain bodhi], that which is sought after is the fruit of buddhahood and that which is transformed is beings. There are just those two things, that's all.
As for the reason that the mind is not at peace, it is on account of not yet having perceived the suchness of beings. Wherever one looks there are beings. When could one possibly then be successful in completely bringing them to deliverance? If one cannot come to the end of the beings, then the fruit of buddhahood becomes a difficult thing to seek after. And so one becomes inclined to perceive the endeavor as lengthy and far-off. On account of this, one's mind is not at peace and thus it remains anxious and doesn't come to a rest. Therefore one seeks to subdue this mind.
Now, the Buddha teaches a method for crossing beings over [to extinction] which takes contemplative investigation into the nonexistence of a self as what is primary. As for the bodhisattva's perceiving that beings are numerous and difficult to entirely cross over, it is on account of there being the mark of a self whereby there is then the perception of the mark of a person. If there then exists this polar opposition between persons, then where would there be a limit to all of the beings within all the realms of the trichiliocosm? What's more, they go on being reborn without cease. Thus it is fitting that one fear the difficulty of getting to the end of them all.
Truly though, this is just a matter of not yet having seen that beings fundamentally and naturally exist in a state of utter suchness, that's all. Thus, although beings are many, generally speaking, there are but twelve categories. Even if they are incalculable in number, still there are just these twelve. When one takes up the twelve categories and looks into each and every one of them, they are all subsumed within womb-born, egg-born, moisture-born and transformationally-born, those four categories, that's all. Within the four types of birth they don't go beyond the two dharmas of form and mind, that's all. Looked at from the standpoint of form, they don't go beyond those with form and those without form. When one discussed from the standpoint of mind, they still don't go beyond those which possess thought and those which have no thought. Even if one goes to the extreme summit [of existence], then they end with "neither possessing nor not possessing [thought]." If in this manner one were to take up the twelve [categories], then one would succeed in exhausting the realm of beings entirely. And so how is that so many?
What's more, as for these twelve categories being referred to as beings, the forms and minds of beings are originally just an artificial unity. Since they are just an artificial unity, then beings are fundamentally nonexistent. Since beings are fundamentally nonexistent, then it is only by virtue of erroneous views that they are held to exist. If one merely employs [the realization] of their being fundamentally nonexistent as one contemplates beings, then beings are [seen to be] fundamentally and naturally in a state of utter suchness. Since beings exist in a state of suchness, then they have already inherently perfected quiescent extinction. This being the case, then in just this very fashion one may cause them to enter the nirvana without residue. And so what's so difficult about that? Vimalakirti said, "All beings ultimately exist in a state of quiescent extinction. One need not deliver them to extinction yet again."
However, even if one crosses over to extinction such an incalculable, innumerable, and boundless number of beings as this, in reality there is not even one single being who succeeds in being crossed over to extinction. How is this so? This is because there is fundamentally no self at all. It is on account of the existence of a self that there is the existence of persons. If persons exist, then there also exist beings and those who possess a life span. It is merely through [perceiving] the existence of these four marks that one would then become unfit to be called a bodhisattva. So what talk can there even be of "crossing over beings?"
Therefore as the bodhisattva crosses over beings he should contemplate the nonexistence of a self. If there is no self, then there are no persons. Since there is no self and there are no persons, then the realm of beings naturally abides in a state of quiescent extinction. If beings exist in a state of quiescent extinction, then the fruit of buddhahood is not far off. So what fear need one have of the lengthiness and far-off nature of it all? Therefore the bodhisattva should contemplate the nonexistence of a self. A later passage in the text states, "Knowing that all dharmas are devoid of a self, one succeeds in perfecting patience." This then is [the mark of] a genuine bodhisattva. 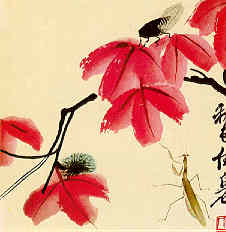